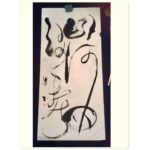 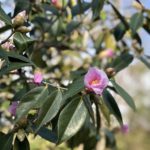 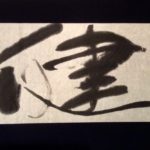 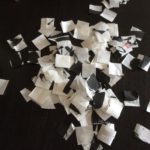 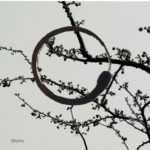 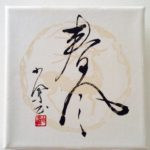 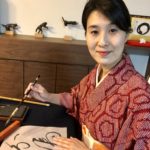 Shoho was born in Fukuoka, Japan and started studying traditional calligraphy at the age of six under the watchful eye of her mother, a master of the art form who had many students. Shoho was also taught by various other masters, and then in 1995 she entered Fukuoka University Education and went on to take a master course in calligraphy. After completing the course, Shoho taught calligraphy for 11 years at various schools and culture centres. Her work has won many awards and has appeared in several exhibitions, books and on posters throughout Japan. She moved to London with her husband in April 2010, where she continues to teach calligraphy. And Then she moved to Quebec City, Canada in May 2015. She stared to have calligraphy courses at Espace Japon, University Laval. She also did a lot of activities and workshops there. In 2018, she has gone back to Japan. Her new place is Kyoto, which is most traditional, cultural and beautiful city in Japan. She would like to continues to teach Shodo for Quebecois using video and her original examples. 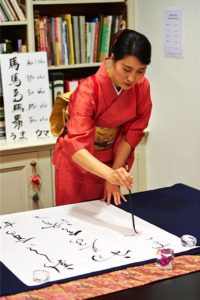